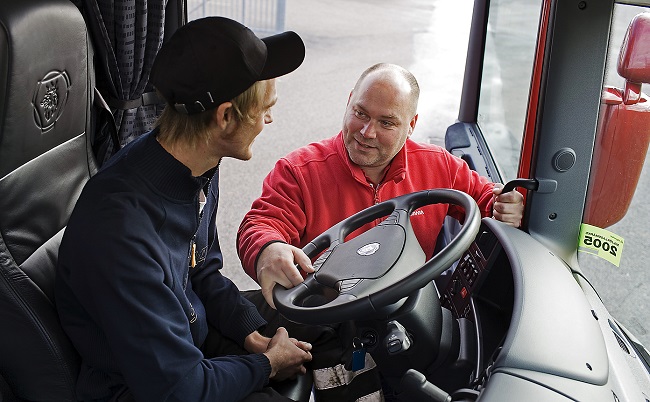 The top transportation companies have long believed in the benefits of effective orientation/training. Results are reflected in their fine safety record and high commitment to the service of their customers.

Doing a good job with training has become even more important as travel on the roads has changed, and not necessarily for the better.

Motorists consumed 405 million gallons of gasoline in June, 2016, the highest month ever, according to the Energy Information Administration. The Federal Highway Administration says Americans drove 280 billion miles in June, up three percent from June, 2015.

According to The Department of Transportation’s Federal Highway Commission, travel on all roads and streets increased by 3.2 percent (8.6 billion vehicle miles). It looks like this year will be the highest travel year ever.

Obviously, if drivers don’t have their attention on the road and are less attuned to what is happening around them, bad things can happen. Motorists can’t react to something that doesn’t register in their brain. They have more gadgets than ever in their cars. Drivers can’t hit the brake when traffic suddenly stops if they’re looking at their mobile phone, checking their navigation system, or looking for a favorite tune on the radio. Drivers must be always alert for bad behavior caused by distracted drivers on the road with them.

Traffic fatalities were up nine percent in the first six months of this year compared to the same period last year.  This continues a surge in deaths that began two years ago.

An estimated 19,100 people were killed on U.S. roads from January through June, said the National Safety Council, which is 18 percent more than two years ago at the six-month mark.  While accident rates have declined for decades, that trend has been reversed in the last three years. There are more road accidents, not less, despite more technology to prevent accidents.

Keeping a high standard of training and improving on that standard is a key for any transportation company. Build your training effort and performance wherever you can. It’s a way to show drivers that you care.