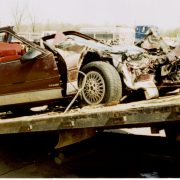 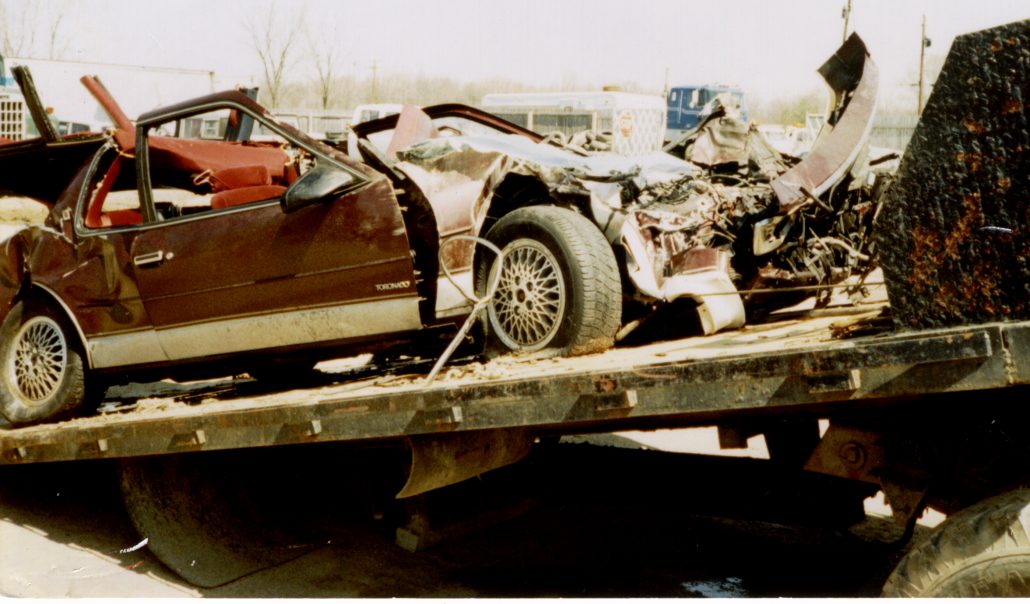 I bet there are hundreds, or even thousands of people celebrating their wedding anniversary today. I’m celebrating an anniversary of sorts as well. Twenty-seven years ago today I was forced, by a hit-and-run driver, head-on into the path of a 26,000 pound Peterbuilt tri-axle dump truck. Obviously I survived, but trust me when I say that it was a miracle.  Ironically, I was at the time working in the transportation safety industry via an insurance company, studying unsafe driver behaviors. I even followed my own advice, but the speed and circumstances were too much for my skills and abilities. Based on the speed of the truck and my car, the collision was later estimated to be 80 miles per hour.

Buckle Up Your Unsafe Behaviors

Back then, there were no air bags, but my seat belt saved my life. The impact broke both my legs, nine ribs, my sternum, my clavicle, my left arm and wrist in several places, my left hand, my fingers and my right foot and toes. Medics quickly arrived.  In about an hour, they managed to cut me free from the wreckage. They gave me a helicopter ride to the trauma center while jamming a four inch needle into my chest to inflate my crushed right lung.

Only 1% Chance of Making It

I lay broken, in pain, and surrounded by a dozen medical trauma experts. They began the challenging task of saving my life. For this I am forever grateful. I learned later that they only gave me a one percent chance of making it through the night. I also found out the hard way that medical protocol doesn’t allow any pain medication – not even an aspirin. It can cause problems in surgery. I begged and even tried to bribe them, but nothing worked.

They cut open my belly and probed inside me for internal bleeding. They inserted tubes where tubes shouldn’t go.They probed into my heart with a catheter through my groin, looking for a torn aorta. It all hurt, but I joked with them the whole way through. Apparently, it was some bizarre, shock-induced response mechanism. Maybe it’s why I’m still crazy to this day.

No one ever found the culprit who caused the accident. He had just passed the dump truck and several cars travelling in the opposite direction. When he came over the hill, he was on the wrong side of the double yellow line, aimed right at me, all of which are unsafe behaviors. Was he drunk? Maybe he was late for work? Was he distracted? Did he even understand the risk he was taking? We’ll never know. What we do know is that his choice that day has affected the lives of more than a million people in a positive way.

Dedicating My Life to Safety

As I lay in the hospital after the third surgery, I decided to dedicate the balance of my life to making the world a safer place. I founded Avatar Management Services, Inc. and later AvatarFleet, The School Bus Safety Company and TAPTCO. They all continue to provide effective safety training for truck, bus and ambulance drivers today.

We’ve done well. We’ve saved lives and made the world a safer place. But every day while driving, I still witness unsafe behaviors. People following too closely, texting, changing lanes without signaling, driving too fast for conditions. The list goes on and on. Do you see it? Do you do it? If so, why? Are we nothing more than stupid animals?

Humans are Capable of Choice

We’re not reliant on instincts, but rather cognition. Every minute that you are driving is an opportunity to make a choice. You can choose to drive defensively and with caution, or pursue a selfish reward by accepting too much risk and unsafe behaviors. We’re tempted to speed, run red lights or break other laws because we think we’ll get somewhere sooner. We’re tempted to text while driving to keep in touch with a friend or to avoid boredom. But the benefits we get from making these choices are insignificant when compared to the potential calamities unsafe behaviors pose.

What is Self-Directed Learning?
Scroll to top