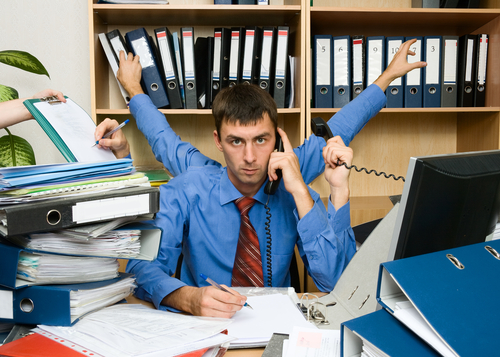 We begin with an all-to-familiar sad story of work accidents.  A well-meaning, hard-working young man, just trying to do his job, fell into an industrial shredder.  His co-workers found him a few hours later ground into tiny little pieces at the landfill where he worked.  Remarkably, the news article notes that “law enforcement officials and representatives of the Occupational Safety and Health Administration believe the employee’s death was an accident.”

No kidding!  What else could it have been?  Did someone less official think he jumped in on purpose?  Of course not.  I’ve spent my entire career studying human behavior and why people have accidents. Our mission is to make the world a safer place, so tragedies like these get me riled up.

Good People DO Die at Work

Good people die at work and I can explain why.  Understanding why, is the first step to preventing these events from happening again and again.  Please allow me to explain how I came to think this way.

In my early 20s, I got a job as a dock supervisor at a unionized LTL carrier in Cleveland, Ohio.  I was taught from the very first day that all the drivers and dock workers were lazy bums and it was my job to chase them out of the men’s room, break up their conversations and give them the occasional stink-eye to get more work out of them.  Imagine what a lovely work environment that was!  They justifiably called me Little Hitler and we didn’t get much work done.

It wasn’t until ten years later that I learned how ridiculous my initial “leadership” training was.  It’s known at Theory X Management.  Theory X states that workers can’t be trusted to do their jobs and managers are supposed to whip them into shape to drive up production.  Not a very effective strategy.

My transformation happened in 1983, the year I turned 30.  Ryder Truck Lines and P*I*E had just merged and opened a new break-bulk terminal in Bath, PA. I moved there to run it. We hired 300 locals and started moving freight.  I was dumbfounded by what I saw.  Freight flew across the dock. There was no need for Theory X in this environment.  We went on to break every production record in the history of the company.  As fate would have it, I got a lot of credit for posting up such great numbers and it did wonders for my career.  I guess I was in the right place at the right time.

Why was Bath, PA so different from Cleveland, OH?  It turns out, these hard-working farm boys had never been paid so well.  To a person, they worked their butts off.  I quickly evolved from Theory X to Theory Y.  I learned that most people are good and want to do a good job.  As you can imagine, my new approach not only helped my career, it made my life far more enjoyable.

Moving from Operations to Safety

In 1985, I moved from operations to safety.  In my new role, I was faced with new problems – not how to achieve more pounds-per-man-hour, but how to get everyone home safely at the end of the day.  As VP of Safety, I would get 20 to 30 accident and injury reports every day.  As I read them, I would close my eyes and try to imagine what happened. I concluded that no one goes to work in the morning with the intent to get hurt.  They go to work to be productive and successful.  But, every once in a while, something goes horribly wrong.

And that brings me back to why people have accidents. Theory Y states that people are good.  People are hard-working.  People really try to get their jobs done in the most efficient way possible.  But, they get so focused on clearing a shredder, lifting a heavy box or getting to their next delivery on time that they fail to consider the risks they face.  That’s when they climb into an industrial shredder to clear a jam.  That’s when they die at work.

Please give this some thought.  Think about your hard-working employees who just want to get the job done.  What can you do today to prevent them from such an awful fate?  If we want to make the world a safer place, we need to teach our people 1.) what to look for, 2.) how to assess risk and 3.) how to pause for a moment and think through the possible outcomes of a particular action before rashly jumping into the task at hand.

Avatar Exists to Make the World a Safer Place

Fatigue Management: The Dangers of Drowsy Driving
Scroll to top