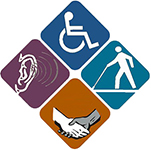 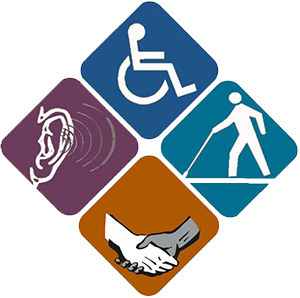 The U.S. government has rules for how to follow rules. It has departments under bigger departments, and more policies in place for public companies and services than most people realize. This isn’t to complain, but to state a fact. And in July of 2015, the government added a new law. The Department of Transportation (DOT) and the Federal Transit Association (FTA) made an amendment to the Americans with Disabilities Act (ADA) called Reasonable Modification Requests (RMRs).

The ADA is made up of laws that direct how companies and services (in this case, transportation companies) should help people with disabilities. RMRs are an added layer to that. Optimists may say these laws come from a place of compassion for the disabled. Cynics may say it’s another burdensome law put into place by the government. We must ask: is the ADA too much, not enough, or is it just right? And, when the DOT added RMRs to the equation, did they help or hinder?

For those of us unfamiliar, the ADA was created in 1990 when activists lobbied the U.S. government, standing up for disabled individuals who weren’t having their basic needs met. The government responded with lots of laws and policies. The rules forced companies, organizations, entities, etc. to give people with disabilities the same access to public services, such as transportation, that other people have.

Transit and paratransit companies must equip busses with special lifts, ramps, and securement systems. They have to have designated seating for people with disabilities. There are certain ways that operators must interact with passengers. For example, they’re not allowed to specifically ask if an animal boarding with someone is a service animal. If they think the combined weight of a passenger and their mobility device is too heavy for the lift, they have to try it regardless. These are only a few in a hundred rules in place because of the ADA.

DID THE ADA HELP?

This is a complicated question and no one has all the answers, but shortly after the ADA was created, the United Cerebral Palsy Association conducted a survey on this topic. 45% of respondents said more people with disabilities were using public transportation. And, many respondents said transportation for people with disabilities improved since the ADA. So, mission accomplished? Well, not quite.

A SOLUTION ONLY THE GOVERNMENT COULD LOVE

The ADA did more good than harm, and it’s a landmark law for people with disabilities. However, it tried to make a one-size-fits-all solution to a complicated problem. Disabilities range from deafness to down syndrome. They can be cognitive, physical, or sensory. And, they range from minor to severe. A strict set of rules and regulations can’t completely amend a problem that changes based on who boards the bus that day. So, the ADA is not ‘just right,’ but we still wonder: are the rules in the ADA too much or not enough?

Fast forward to today. Now, ADA passengers submit RMRs to transportation companies when the passenger is unable to use the services as intended. The requests can range from being picked up at a more accessible door of their home to a transit bus operator needing to get out of the bus and help a passenger board.

With this change to the ADA, companies need to set-up a system and timeline to field requests, appoint an employee to manage it, and document the process every step of the way. It sounds like more bureaucratic red tape, and in some ways, it is. However, RMRs give companies the flexibility to adjust to their passengers’ needs. So rather than controlling exactly how transportation companies must treat their passengers, RMRs leave it up to the company’s discretion. Maybe the ADA was both too much and not enough. The rules it imposed prevented companies from doing everything possible to help passengers with disabilities. RMRs may prove to provide an equilibrium.

Where Does Safety Start?

How to Conduct Safety Meetings
Scroll to top