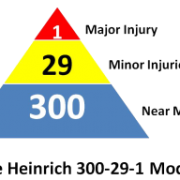 Every day when leaving for work, a middle-aged father backs his car out of the driveway.  He’s been doing it for so long that it comes as naturally as sipping his morning coffee. He puts his foot on the brake, puts the car in reverse, and seamlessly turns the wheel, backing onto his street. The man never consciously thinks about it. He goes through this routine every single day, Monday through Friday, each a carbon copy of the last. He can do it with enough precision and ease that he doesn’t bother to look behind him.

One morning, backing out of his driveway again, he feels a bump and hears the crunch of cheap aluminum. He gets out to find his daughter’s tricycle crinkled beneath his tire. Maybe he feels guilty about ruining his daughter’s toy, or maybe he’s annoyed because he asked her who-knows how many times to put it back in the garage when she’s done playing. Either way, for the moment, it’s just a blip on his radar and an annoyance on his way into work. It’s a funny anecdote he and his wife tell their friends over dinner and cocktails later that week. To anyone who knows this story, though, it’s an omen foreshadowing his tragic tale. A couple days after laughing about the tricycle with his wife and friends, he is leaving for work again. He puts his foot on the brake, shifts his car into reverse, and backs without looking, not realizing this time his daughter is standing behind his car. He never sees her.

Many of us look at the 300:29:1 theory in dismay. It’s easy to think that it means a serious, life-altering accident is inevitable. In fact, just the opposite is true. The 300:29:1 theory means that any accident is preventable. If we can identify the unsafe behavior patterns that we all fall into, we can avoid any accident. Maybe you stand on a wobbly chair to get to a tall shelf in your home. Maybe you simply can’t be bothered to check the batteries in your smoke detector. Regardless of what the unsafe behavior pattern is, correcting the behavior is the closest thing to a guarantee of no-accident that we can achieve 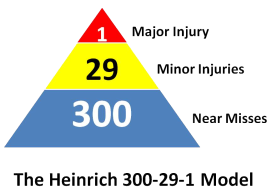 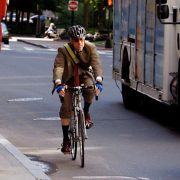 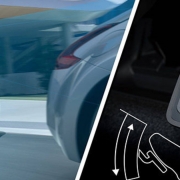 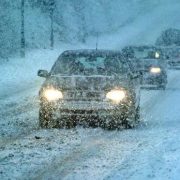 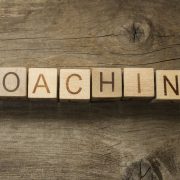 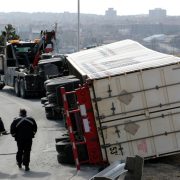 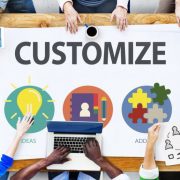